Learn the difference in pronunciation between nouns and verbs that are spelt the same way. 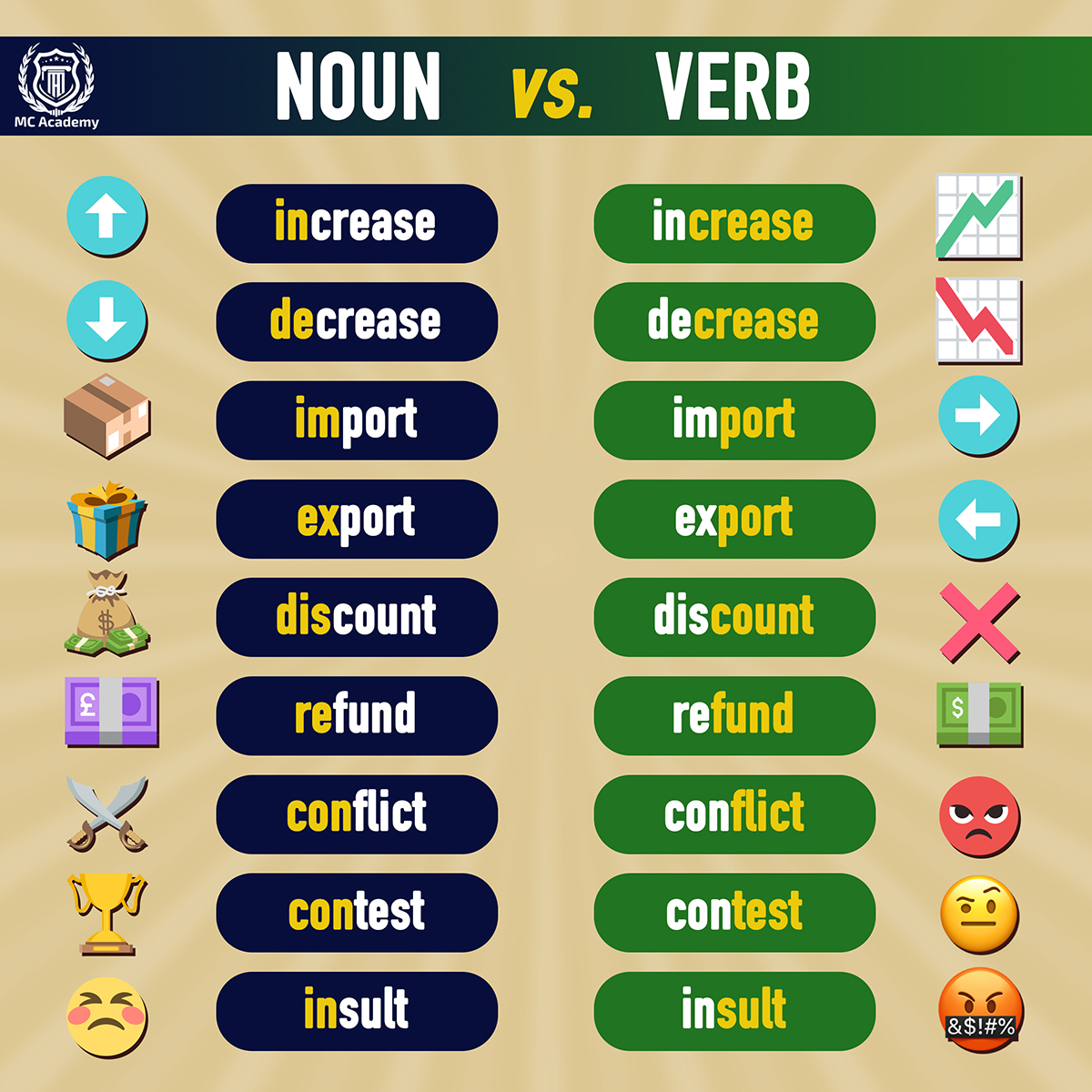 Can you think of any other examples that follow this pattern?